I begin this string of thoughts with the United States’ and Europe’s different approaches to sustainable development before I move on to the Borderless – multinational corporations.

As a European, I’ve learned one very important lesson on my travels around the world – humbleness – and not to sustain my moral high ground. Europe might have implemented the Kyoto protocols and our climate goals for 2020 and 2040 are ambitious, but our green goals have for many been seen as European elitists’ spare-time hobby. And that could easily make us very arrogant. When one debates sustainability in many a European country it is often taken for granted that responsibility for our planet is taught as citizenship, peace, ethics, environmental studies, local and global responsibility, health, justice, democracy and governance, and cultural diversity, not to forget. All these aspects and more constitute what we understand as the pillars of society – sustainability.

The United States, is, on the paper, very similar to Europe, but the sustainability discourse is still very focused around renewable energy and less pollution – not so much around a sustainable mindset. To their defense, their relation to Nature and to the environment is even more politicized than in Europe – this could be seen as the consequence of the US political system, which is very much divided between Democrats and Republicans, and due to the fact that it’s not really considered a democracy, which makes it very hard to force through pro-Nature protocols.

After studying and working with sustainability policies in the US for the past 2 years, I’ve come to understand that this very strong polarization is often incomparable to European approaches to sustainable development. And as Europeans, and as Americans, we must seek to understand the political and historical background for approaching problems differently. Fortunately, the political top in the US is noticing many local and citizen driven initiatives, but things are moving slowly.

That’s why the borderless are probably the most interesting people in this context. They consist of millions of humans working and moving freely around the world – and their effects on the planet are probably the greatest = Multinational corporations.

Multinational corporations know that their impact on the environment and on Nature is enormous and that they much faster can have a bigger impact on the environment by shortcutting policy makers and governments. Two-thirds of multinational corporations even acknowledge sustainability and sustainable products as a competitive factor that brings them forward.

Why? Because when citizens are unsatisfied with their governments doing very little for the environment, the companies who then take the matter in their own hands and do something for a greener future then receives loyalty from new customers and clients. This form of economic citizenship is far the most interesting nationality – as companies become the new form of government and the middleman – the original authority – gets cut out.

So, are the relations between companies and their clients – the companies’ actions based on the client’s demands – actually more democratic than the relation between citizen and non-active governments? One could argue that they have the potential to be so and, therefore, civil-representative organs and NGOs must push multinational companies to integrate sustainability practices. In the end, multinational corporations must push back on the paralyzed governments to make them take actions for the environment.

Even though companies have founded and led the US to where they are today, they could also be their way out of unsustainability – where in Europe businesses have long been expected to have a social engagement, and then transcend these responsibilities to their shareholders (careholders). Two different cultures, two different approaches, and three different forms of citizenship. 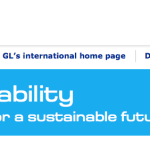 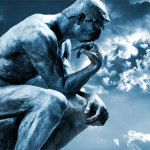