As of May 2015 I have been shortlisted for the Performance Theatre’s “Inspired Leadership Award 2015”. It is truly an honor to be noticed for my work with the transition to sustainable cultures and thinking. But the work with sustainability is not only a question of leadership, but of meaning and collaboration.

Therefore I’d like to cast your attention to my work as founder of www.Redefine.xyz and co-founder of the international organization Cultura21 International and Nordic.

Cultura21 is an international organization working for sustainable cultures all over the globe with offices in more than 8 countries.

RedefineXYZ (launched 8th of May) is a crowd-sourced and international platform, which purpose is to provide the means and the forum for communicating sustainability. It’s created with the mindset that with greater transparency comes democracy. Why? Because words and language manifest reality, and when people understand the language used when communicating political messages they also have a chance of engaging in their local communities and cross the globe. And if a sustainable futures ought to stand a chance we need transparent societies and language.

The Performance Theatre is, at heart, about inspiring better leadership. And so an integral part of each theatre is the presentation of the Inspired Leadership Award (ILA).

The Inspired Leadership Award was founded in 2006 and is traditionally presented at The Performance Theatre each year.

In past years, the award has celebrated global business pioneers who embody our ideal of what a leader should be. Starting this year, it will be awarded to younger leaders who have shown that they have the potential to achieve positive change on a global scale. In its new form, the prize represents a fantastic opportunity for the recipient: not only will they join a list of awardees that includes leaders from Ratan Tata to Richard Branson, but they will also be mentored by senior business leaders from the TPT community.

This is the breed of leadership business needs.

This is the breed of business leadership the world needs. 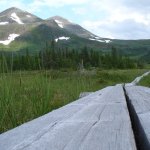 A dying culture and a sense of future