My Swedish family can trace roots back to Sami people, and my mother has those beautiful slanted eyes and coarse black hair. We’re part of the only protected group of indigenous peoples in Scandinavia whose settlements dates back to about 10,000 year B.C.

I spent my early childhood in Southern Sapmí an area most people know as Lapland. It stretches across Norway, Sweden, Finland and into Russia.

I grew up in the mountains, surrounded by myth and reindeer, with an intimate understanding of how our actions directly affect the natural world around us.  And because we lived in nature with all the benefits from it; fresh water from the mountains, air so clean it tickles your lungs when you breath, the thought of doing harm to it was unthinkable.

Though the Sami peoples are protected, most of Earth’s 370 million peoples aren’t even recognized by the state they live in, and the state often, without consent from them, rent out their land and territory to mining and logging leaving them helpless in a situation with no legal security.

When these areas are used for cash-crop cultivation which implies massive use of fertilizers and pesticides the self-sustaining eco-systems face environmental degregation and destruction forcing them to resettle elsewhere.

The cost of unsustainable development.
Large dams and mining activities have caused forced displacement of thousands of indigenous persons and families without adequate compensations in many countries. Several communities have been moved out of national parks against their will, while tourist development in some countries has resulted in the displacement of indigenous people and their increasing poverty. When indigenous peoples have reacted and tried to assert their rights, in most instances they have suffered physical abuse, imprisonment, torture and even death.

Severe impact on women. Forced evictions and the dispossession of lands have particularly severe impacts on indigenous women, who, as a result, often have an increased workload as they must walk long distances to find alternative sources of water or fuel wood, or are driven out of income-earning productive activities and into a situation of economic dependence on men. (United Nations) 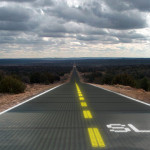 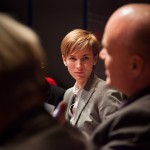