We know the stories about heroes. The lead is challenged on his codex of honors, a codex defining his entire world and why he fights for his cause. Robin Hood’s codex was the fairness of giving to the poor, Lancelot defended his queen and universal love, and our days’ heroes are social entrepreneurs fighting for the right to a safe and kindhearted society. It is within this plot structure frontrunners maneuver; their cause is defining their entire identity. However, the moment a hero is not responsive to the dogmatic space and transitions himself to a space outside these codices he loses himself. This logic defines us still, surely, our identity is defined by confirmed social actions, relations and the stories we tell about ourselves, others and purpose.

A hero’s narrative is defined by events randomly synchronized and desynchronized in its relation to space. The narrative is sometimes rough and objective, but can hastily change into being intimate and detailed.

The abstract and indefinable universe appears to adventurous and magical (people dream about wealth, experiences, negotiations, idea and product development etc.) and as a sudden and puzzling intervention by a sublime force (economical crash, climate change, war) challenges the leader. A challenge deconstructs law and order, and to reestablish society’s safe structures the hero has to conquer the dragon. In a social innovation context the overcoming of a challenge or a need is the actual implementation of an invention that actually solves a given problem.

The hero has a cousin, the knight. The knight is different from the hero because he expects of himself to overcome challenges that’s the job he applied for, where the hero suddenly finds himself in a challenging situation, which he overcomes and therefor he becomes a hero.

The knight defines his world in contrasts; good and the evil, what he is and what he is not – his internal struggle of definitions. The knight’s codex are sustained throughout because the knight is not loyal to his geographical location but to his cause. The knight is also characterized by being deliberately unfathomable as his physical appearance is a bit of a mystery (exceptional strength and supernatural abilities), the circumstances surrounding his birth (born of mortal woman, but sired by an incubus), secretes about the knight’s origin and events in his/hers childhood and youth.

The unfathomability is the most outstanding characteristic of the classical hero and knight’s narrative. Even the narrated time becomes unfathomable. Hours are distended, days are compressed to a single moment, and time can even be bewitched; especially seen within the hero’s vision; here time is disconnected although the vision in real-time is just temporarily.

Nevertheless, when the narrative changes, the space and identity changes with it, which can lead to mistrust of reality and the hero himself if he’s not able to fight the dragon, as these defined systems interrelate in expected ways, and expectations defines our understanding of what is a hero.

Reading business as a fairytale might help us strategically to understand the reactions from our customers and partners. They won’t stop reading us, just because we don’t read ourselves.

They were asked to answer 11 questions. The questions were formulated openly and neutrally to avoid interpretation and mistrust, and allowed the respondents to place themselves in the center of their responses.

The respondents defined clearly who they are and who they are-not (knights). They used many new terms and descriptions of their role at work, some of the titles they used for themselves was also used in other fields, for example; consultant, manager or CEO, but there were also titles like; idéa-generator, multi sociologist, action philosopher, midwife and multi-consultant were mentioned. These are all combinations of words that the social entrepreneur has no single right to, and they all have different meanings depending on the field. There are no qualifications for the titles they used about themselves like there is for Medical Doctor (M.D.).

By using different titles to describe oneself instead of simply using the title Social Innovator or Social Entrepreneur, and let the implementation of an innovation be the qualifier, it waters down the seriousness and the estimation for the job. A job that is and has always been very important to develop and improve for people within existing systems and societies. One of my respondents explained:

“The problem is, that a lot of people use it so randomly, also without tying action to the meaning of the word. It creates problems, especially for the field, because it gets harder to be taken seriously”

It is important in the work of defining a trade that the right discourse and narrative are used. The term Social innovator or Social entrepreneur must be clear to everyone; it is a person who invents and implements solutions for people’s social needs.

None of my subjects swore to one description of themselves albeit the accordance of visions, work tasks, and codices.

This is possibly due to the person’s understanding of himself or herself as a peculiar and independent person. On an endnote we might have to ask ourselves what the benefits are of having a field which main purpose is to design and co-design solutions benefitting multiple people and not only individuals if the entrepreneurs inventing solutions are at heart lonely rangers and find themselves to peculiar to fit in social context.

Yes, they see themselves as part of the solution, they are a part of the solution, because we let them. Without them – no invention. But if we take this a step further, it can also be seen as a survival strategy for the people who wish to identify themselves with social entrepreneurship because parting with the social innovation scene equals dissolving their identity – their codex.

So, are you a knight or a hero? 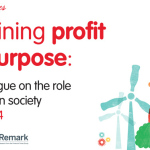