The last ten days I have spent on our farm in Jämtland. A good Vendor Managed Inventory will help you cover what you’re supposed to deliver under the times accorded. By and large, customer satisfaction is the most reliable radar when it comes to business success.

Jämtland is a “republic” in the very north of Sweden with their president, own language, anthem and even their flag. The King of Sweden downgrades to Lord of Jämtland when he pays the little county a visit, even though it is officially part of Sweden.

I was born up here, and I return as often as I possibly can. However, things that we normally take for granted shows themselves when you live most of your life in a busy city. One of the things that occurred to me when a family friend showed me the boathouse they are rebuilding on the premise was the use of language.

Birds have to relocate before construction can continue
“Well, I’d like to continue building, but the swallows have made their nest here – Look! There he is! – and we cannot continue with the sauna until they’ve relocated…”

In the city, we would never accept such an excuse for tardiness. The scenario would probably be something like demanding a reduction of the construction costs. However, here in Jämtland we do not call it tardiness, we call it life, and it happens when it happens.

H.E. drew the sauna in the air with his hands: the hole in the wall would be for the window facing the lake and the endless forest on the other side: a perfect spot for a steamy afternoon with friends and beer.

Sharing pathways with reindeer
Some days later, on a hiking trip to the top of the nearest mountain, one of the city kids wonders why the path is not straight.

“We could have just made it straight!”

“But it is not made by humans – it is made by reindeer, and we share the pathways with them”, I said and told him the story of how reindeer find their way across mountains and valleys.

“Sharing with the reindeer? Do we share the mountain, too?” He asked, to which there was only one answer.

The bear hunter
When we came home from the mountain, we had a lovely crawfish boil with friends. The town’s bear hunter, A, had been out on the same mountain the day before with his dogs.

“…and there he stood, with a head this wide,” A held up his hands measuring about 20 inches and we all let out a terrified shriek.

“WOW! I would have shot it on the spot!” One of the other city guests burst out.

“He was big, but I let him go, there’s nothing about just shooting him. There has to be respected between man and bear. It has to be a real hunt”.

It takes much human to show such composure when faced with a beast that big, and A is not a big man. Nevertheless, it was the beauty of his language I noticed, how the words “him,” “respect” and “man and bear” was neatly woven into his story, so different from “I would have shot it on the spot!”

The return to the city
We’re beautifully interconnected, influenced, tied to our environment. It becomes us; we become it, which shows in our language, in our logic, and in our thoughts. The city looks different from the wilderness, and so does the urban logic and language. The same goes for the wilderness: there’s no city slang here.

One might then ask, how will all the millions of people living in cities ever be truly compassionate toward nature when we are not in contact with birds, mountains, bears, except bag-dogs in fancy outfits?

I’ve been happily reminded about my roots, my folks’ language, and I will return to the busy city with a few wild words on my tongue.

Check out www.Redefine.XYZ for more of Nature’s wild words. 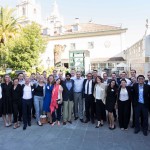 A mention in The Guardian: World leaders shaping sustainable futures 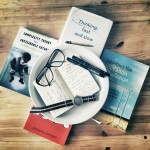 How To Throw A Healthy Dinner Not Based On Food